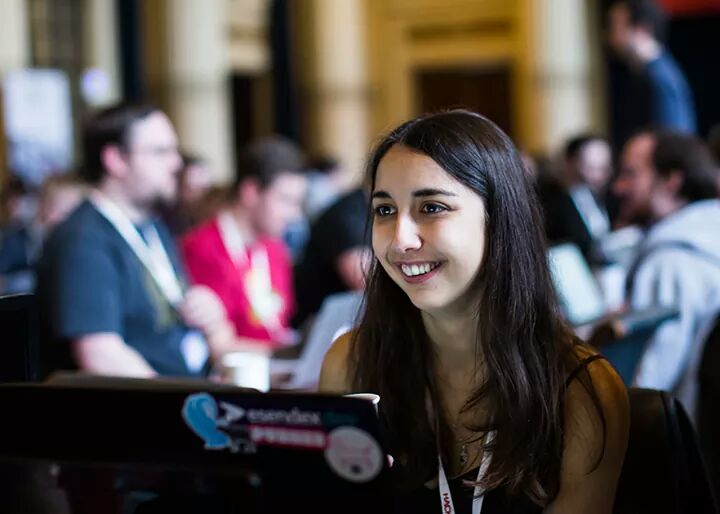 I find it semi-amusing when I get asked what got me involved in digital/tech. I mean, even if your job isn’t tech-centric, in this day and age it would take considerable effort to avoid technology. That said, my background is unconventional for a developer.

My interest began just over four years ago. I had started my neuroscience degree under a supervisor I had wanted to work with for quite a while (who had named her child after Ada Lovelace – got to love coincidence). The project involved conducting fMRI and EEG experiments, which required me to learn some procedural programming.

I completed a MSc and started a PhD, during which I had some trials and tribulations: my supervisor left for another job and I had an operation for Crohn’s disease, resulting in four months off. Then my new supervisor left for maternity leave, stranding me with no funding and in a bit of a sticky situation.

I realised I hadn’t been happy for a long time, and that the path I was on wasn’t possibly right for me. So I decided to quit my PhD and find a new path.

After some thought I noted that the thing I enjoyed most from my studies was programming. Luckily my partner was a developer. As the code I had produced for my course was quite far removed from what I would do in the tech industry, he told me to complete a couple of short courses before deciding if it was the right route for me.

The courses only strengthened my interest, and we worked out a way for me to afford taking a MSc conversion course the following year. And that’s how I got into digital.

Now 26, I have spent eight months as a developer in a very supportive firm, and I am the happiest I have been in my short working life.

When I discuss my journey to digital with people, they tend to find it surprising that I founded and organise Women In Tech, in Nottingham. I understand why they think that, this early in my career. I’m surprised I’m doing it, most days.

I started doing this mostly by chance. I’m a social butterfly and met and got to know Gemma Cameron, who is a queen when it comes to event organisation. She suggested that I might be suited for organising something like Women In Tech, in Nottingham.

At that time, I had been going to Meetups and other events, and noted that I only knew one or two women in our industry in Nottingham. Yet when I attended events in London or Manchester, there wasn’t such a notable shortage of women.

In the short time I’ve been a developer, I’ve had some eyebrow raising moments at events, largely related to the fact that I am a woman. Nonetheless, the majority of my experiences have been very positive. I think it’s a shame that a lot of women in our industry miss out on the great technical social scene Nottingham has.

There are around 15 tech-related Meetups each month as well as two student hackathons and one general hackathon. There are also many volunteering opportunities to teach code. In the land of Ada Lovelace, it’s insane that we aren’t celebrating women in technology.

So I agreed to run my own group. It hasn’t been an easy path and I have made some bad decisions, but after nine months of trying to arrange the event, the first one happened in March 2016.

At first I expected the attendees to be in single digits. Much to my shock (and probably thanks to having a great speaker Jessica Rose), 37 women and nine guests turned up to the first event. It was mind-blowing.

It attracted a mixture of disciplines, personalities and backgrounds, and it was great to finally meet the hidden digital women of Nottingham. I’m very thankful to both our venue (National Videogame arcade) and amazing sponsor (Esendex) for making the event possible, and for supporting me through my stress and shock-fuelled daze during the first event.

The Meetup group currently has 93 members and the next few events have been organised with the idea of keeping the topics open to all professions within technology.

It’s my hope that this event will strengthen the technical community, not only by encouraging an interest in technology in others, but giving a sense of camaraderie between the women in the technical industry. I also want to celebrate the great women in tech and encourage their participation in other events.

After completing a conversion course in computer science in 2015, Jessica is now working as a developer. She is the founder and organiser of the monthly Meetup Women In Tech, in Nottingham. Jessica is passionate about encouraging an interest in tech among all ages, as well as building a community in Nottingham which encourages women of all backgrounds to be involved and celebrates them.

Talk to Jessica on Twitter: @WIT_NOTTS or email her at [email protected].